In February 2019, Tekniko engineering team conduct for the 4th time IATKI Certification for Power Generation (Pembangkit), Transmision (SUTET), and Switchyard (Gardu Induk). This test involving 17 of our engineers ranging from Level 2 to Level 5. 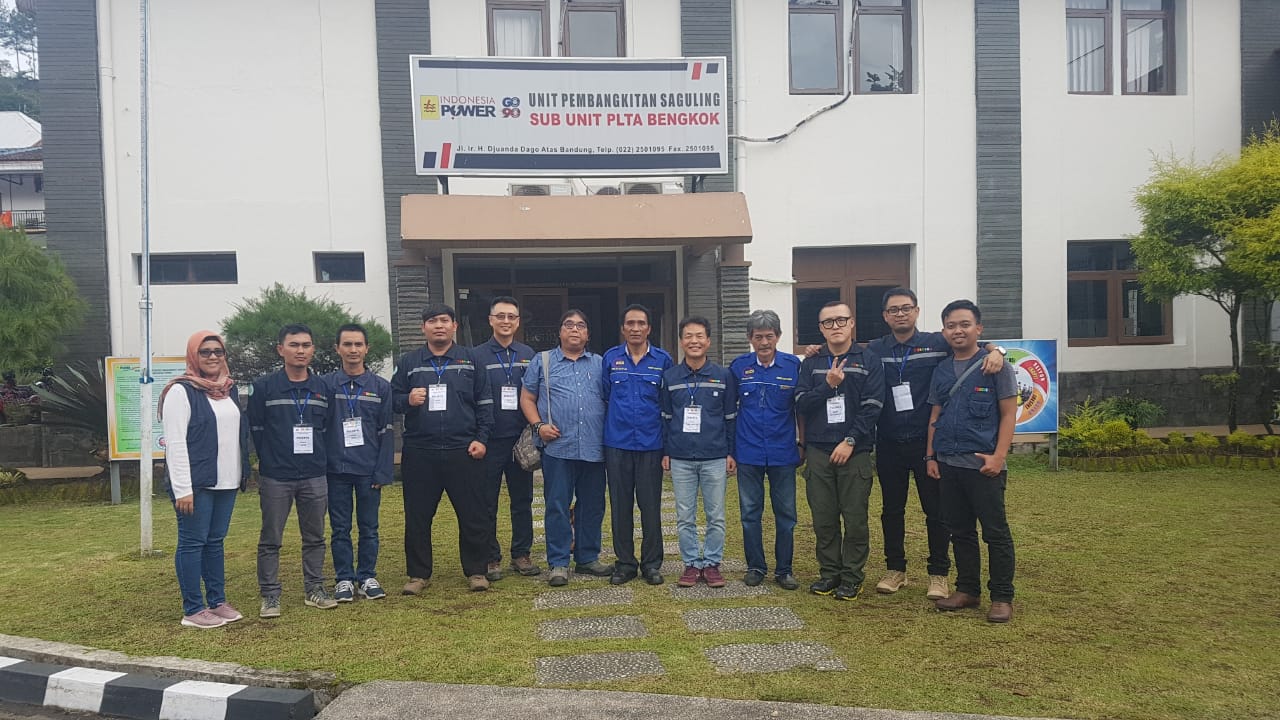 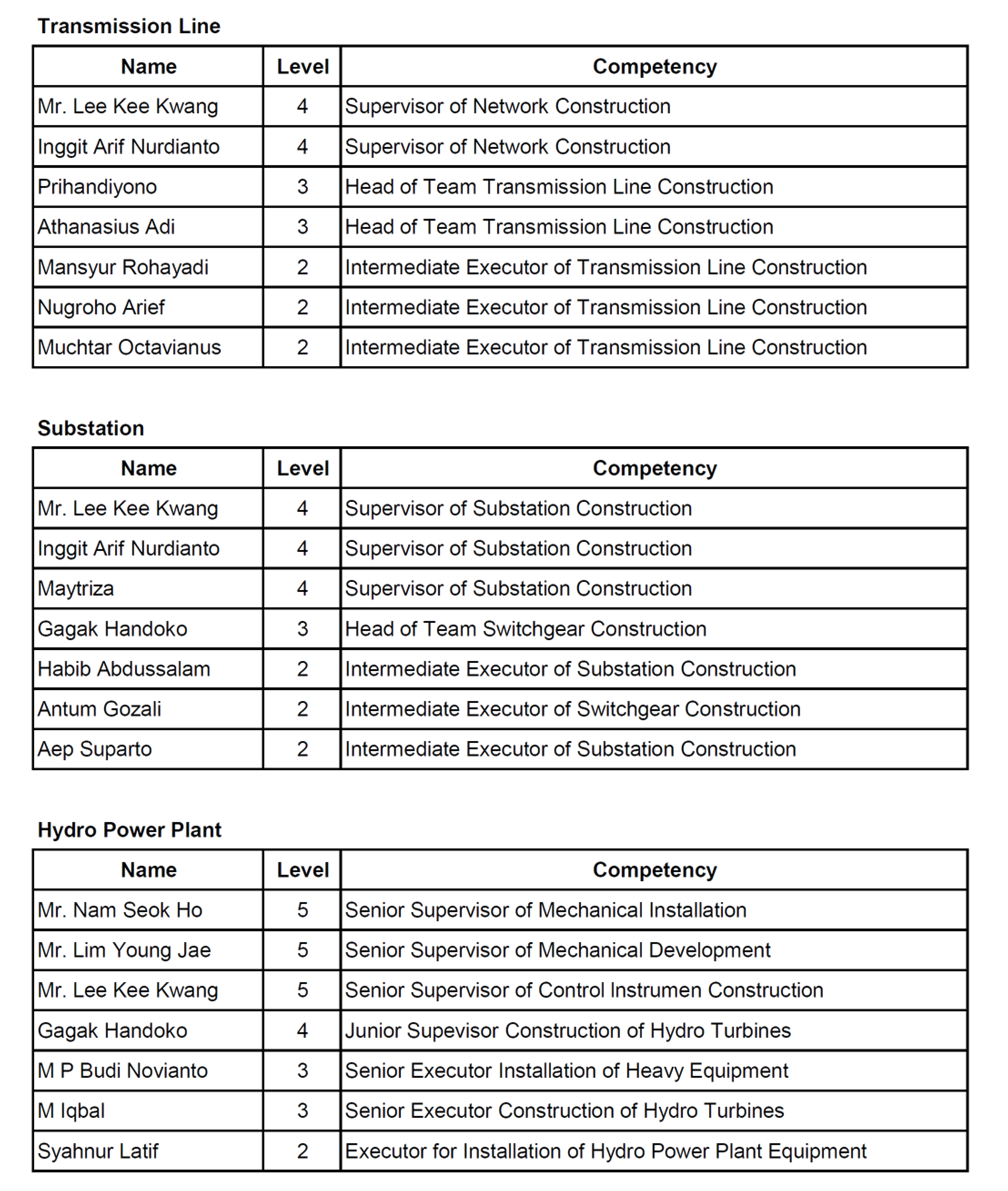 In March 2019, Tekniko is awarded with a contract, EPC based, for the construction of Dynamometer and Hydraulic Bench Press Facility for AMNT site in Batu Hijau, Nusa Tenggara Barat. PT Amman Mineral Nusa Tenggara (AMNT) is an Indonesian mining company which operates the Batu Hijau mine. AMNT owns several other most promising prospects of copper and gold located in West Sumbawa Regency, West Nusa Tenggara Province. Batu Hijau mine is the second largest copper and gold mine in Indonesia and a world class asset.

The Dynamometer is a set of facility that will be used at the machine repair center, which is used to check the machine of haulage trucks after being repaired. Whereas the hydraulic bench press to check the transmission system of the trucks.

In August 2018, Tekniko was awarded with contract for Site Preparation works for Jawa 1 Combined Cycle Power Plant, 2x880 MW, under Samsung C&T. This project is located in Cilamaya Regency, North Subang. This power plant is Owned by Jawa Satu Power (JSP) which is consortium of Pertamina, Sozits, and Marubeni.

As of September 2017, we are awarded by PT. Krakatau Engineering for the Civil Work Package for the Hot Mill Strip #2, Water Treatment Plant and Scalepit. The project is expected to be finished within 7 months working period. The project is located in Krakatau Industrial Area, Cilegon.

As of September 2-17, we are awarded by PT. Asphalt Bangun Sarana (ABS). For the extension of asphalt depo facility in Boom Baru Port Palembang. This work includeds the Engineering, Procurement, Construction and Comissioning of asphal storage tank with capacity of 4000 ton. The project is expected to finished in 7 months period.

As of 20th January 2016, Dharma Subur Satya and Tekniko has established a contract agreement for the Cirebon 2 CFPP 1x1000 MW, EPC Jetty Works 15,000 DWT, with trestle length = 2.7 km and Jetty length = 165 m. This project is owned by PT. CEP (Cirebon Energi Prasarana) with the Main Contractor JO. HDEC-Dharma. The project amount is USD 43.5 Milllion and this is divided between Dharma and Tekniko with the scope Dharma for mainly Construction, and Tekniko for Engineering and Procurement.

This contract agreement is the result of past succesful partnership during the contruction of Jetty 13,000 for Cirebon 1, 1x660 MW.

In August 2015, our engineers have passed the IATKI (Ikatan Ahli Teknik Ketenaga Listrikan Indonesia / Indonesian Power Engineers Association) Certification for both Coal Fired Power Plant (CFPP) and Geothermal Power Plant (GPP). This certification is purposed to obtain IUJPTL for the CFPP and GPP, which are mandatory according to PP No. 62 Year 2012 about Electric Power Business.

Our engineers have been tested in order to master the major facility in CFPP and GPP with the following testing subjects:

AEON Mall is a commercial Japanese Mall chain that opened for the first time in Indonesia in BSD City. In this project, we supported GS E&C for Piling work during the early stage of the project. Then, we continued for Reinforced Concrete Works of the whole structure of the Mall, Wet Works, and finally the Landscape work of the Mall. The Grand Opening of the Mall was 30th May 2015.

On 27th October 2014, PT. Tekniko Indonesia was invited for the Commencement Ceremony for Rajamandala Hydro Electric Power Plant 47 MW. This ceremony was attended by a number of important parties such as the PT. Indonesia Power, Kansai Electric Power, PLN, Mizuho Bank, Embassy of Japan, Embassy of Korea, MIGA, and many more. 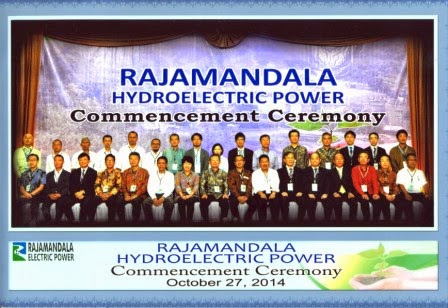 Tekniko participated in the early construction of Sarulla Geothermal Power Plant with Hyundai Engineering & Construction Co., Ltd. Sarulla is actually a name of village located around 500km south of Medan, Sumatera Utara. Sarulla Geothermal Power Plant is expected to the largest geothermal in the world. For the beginning, Sarulla will consist of 3 units of each 100 MW in Silangkitang (SIL) and Namora I Langit (NIL).  Currenty, Tekniko has been awarded with Site Preparation, Soil Investigation and Piling Works with the total amount of USD 8,400,000.

Tekniko had been awarded for the construction (Reinforced Conrete Work for Tower 1) work of Shangrilla Residence with Hyundai Engineering & Construction Co., Ltd. Shangrilla Residence is a twin apartment high rise building, 53 and 57 storeys with 3 floors basement located in Jakarta. The total duration of the project is 33 months. 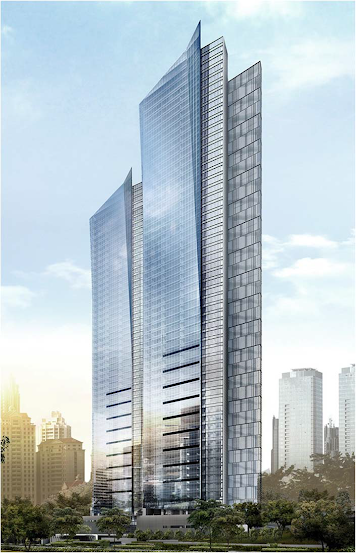 As per 1st September 2014, Tekniko has obtained a certificate called SKT EBTKE (Surat Keterangan Terdaftar Energi Baru, Terbarukan dan Konservasi Energi / Registered Certificate of New Energy, Renewable and Energy Conservation). This sertificate was obtained from the Ministry of Enenergy and Mineral Resources, to be more specific Tekniko is now able to participate in renewable power based project, in this case Geothermal Energy.

As our goal to become Number 1 contractor company in Indonesia majoring in Power Plant sector, PT. Tekniko Indonesia has obtained SBU Integration Certificate issued by LPJK and evaluated by GAPENRI (Gabungan Perusahaan Nasional Rancang Bangun Indonesia / Indonesian Board of Design and Built Company). This SBU Integration emphasizes our competencies for Power Plant construction in term of Engineering, Procurement and Construction (EPC). Furthermore, we have obtained two SBU Integration categories, which are 1) Non-civil Infrastructure (for Power Plant category) and 2) Civil Infrastructure (for Harbor Construction category). In addition, there are only 12 companies in Indonesia that have license to construct power plant in EPC basis.

PT. Tekniko Indonesia is the first company in Indonesia who has both SBU Integration and IUJPTL.

On March 28th 2014, PT. Tekniko Indonesia (TI) has signed Construction Contract with PT. Rajamandala Electric Power which is a consortium between Kansai Electric Company and Indonesia Power, to provide an EPC service for Hydro Electric Power Plant with 47 MW capacity located in Cianjur Regency, West Java. In this contract, Hyundai Engineering (HEC) is collaborating with TI, where HEC covers the offshore supply of the power plant including the engineering works, and Tekniko E&C (subsidiary company of TI) is in charge for the civil works.

This contract worth USD 52,000,000 and shall be completed within 30 months period. Rajamandala itself will use the bypass discharged water of previously existing Saguling Hydro Power Plant from Citarum river in West Java Province. The construction work of Rajamandala covering 1.2 km length of tunnel excavation and also construction of power house using vertical type Kaplan turbin. Furthermore, Tekniko Indonesia is joining with Hyundai Engineering Co. Ltd for this project. 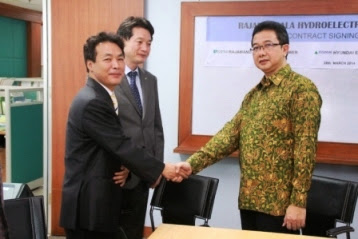 PT. Cikarang Listrindo is an Independent Power Producer located in Jababeka Industrial Estate, expanding its electric power supply by constructing Babelan Coal Fired Power Plant with capacity of 3 x 140 MW in Muara Bakti about 25 km to the east from Jakarta. For this project, PT. Tekniko Indonesia is awarded with Mechanical and Electrical Works for Fuel and Limestone Handling System consisting of 2.5 km of Belt Conveyor, 2 Units of Grab Type Ship Unloader, 2 units of Stacker Reclaimer, Coal Crusher, Limestone Crusher and including its accessories.  For this project, Tekniko entrusted three major off-shore vendors which are Doosan Heavy Industry (Korea), SF Bogoplant (Korea) and OM Siderurgica (Italy), whereas for mechanical and electrical simple parts will be from a number of local companies. In addition to aforementioned project, PT. Tekniko Indonesia has an on-going project with Cikarang Listrindo for the Civil, Switchyard and Switchgear works in MM2100. Altogether, these project worth USD 81,000,000.

PT. Tekniko Indonesia has recently completed the Civil Work Package Project for PT. Air Liquide Indonesia (Alindo) at the KK3 Site – Cilegon. Tekniko declared to have maintained its ability to complete the project on schedule and scope with the total amount of IDR 15 Billions.

Tekniko Indonesia commit to implement ISO 9001, ISO 14001 and OHSAS 18001 on it's organization. These system help to improve quality, develop good safety attitude and protect the environment.
Tekniko Indonesia first time get the certification of those three system on 2010, by Llyod's Register, and on March 2014, we conduct the first renewal for the three system for the next three years. 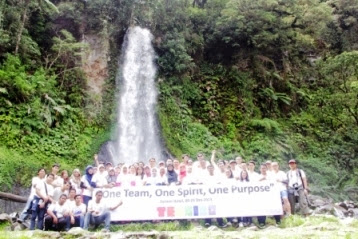 The Cirebon steam power plant is a 660 MW coal-fired power plant developed by PT Cirebon Electric Power (CEP) in the Kanci area to the southeast of Cirebon, Indonesia.  The first unit of the plant was launched in mid October 2012.

PT. Tekniko Indonesia successfully assisted the main contractor, Doosan Heavy Industries, for the construction work throughout its development phase between 2008 – 2012. Our scope of works mounted to over USD 75 millions, including:

PT. Tekniko Indonesia has participated in many parts of the construction works of Krakatau-Posco Steel Mill Plant between 2011 and 2013 where altogether the projects mount up to IDR 275,000,000,000 including the following: